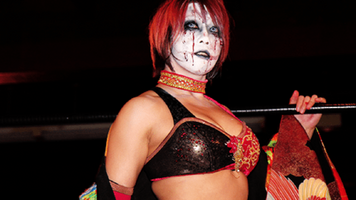 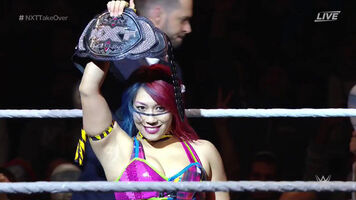 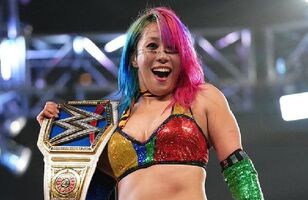 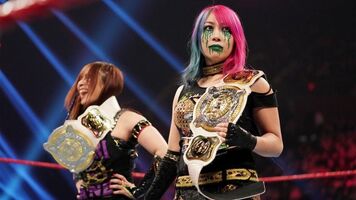 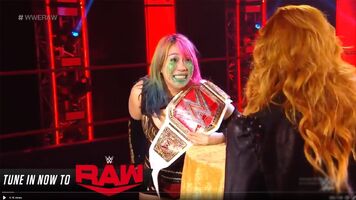 Kanako Urai (浦井 佳奈子, Urai Kanako, born September 26, 1981) is a Japanese professional wrestler currently signed to WWE, where she is only the second Women's Grand Slam Champion having held every available Women's Title in WWE.

In August 2015, Urai signed a developmental deal with WWE, making her the first Japanese female wrestler signed with the company in over 20 years. After spending two years in WWE's developmental branch NXT, where she is a former NXT Women's Champion (with her reign of 510 days being the longest in that title's history) as well as the Female Competitor of the Year (2016, 2017) and Overall Competitor of the Year (2017) NXT Year-End Award winner, Asuka was moved to the promotion's main roster in September 2017. In addition, the company has billed her as having the "longest undefeated streak in WWE history" at 914 days. In January 2018, she was the inaugural winner of the women's Royal Rumble match. She is also a former SmackDown Women's Champion, Women's Tag Team Champion (with Kairi Sane) and the 2020 Women's Money in the Bank ladder match winner, making her the first to win both the women's Royal Rumble and Money in the Bank matches. Following her Raw Women's Championship win, Asuka became the third Women's Triple Crown Champion and the second Women's Grand Slam Champion.

In December 2015, Dave Meltzer of the Wrestling Observer Newsletter stated that Urai "may be the best worker in WWE, man or woman". In 2017, Asuka became the first Japanese wrestler to top Pro Wrestling Illustrated's (PWI) annual PWI Female 50 list. Her techniques include various kicks and submission holds, leading to a reputation for a stiff wrestling style. Urai has also worked as a freelance graphic designer and video game journalist and through her work with Microsoft she has been sponsored by the company, wearing an Xbox 360 logo on her gear.