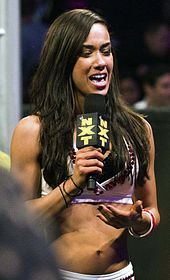 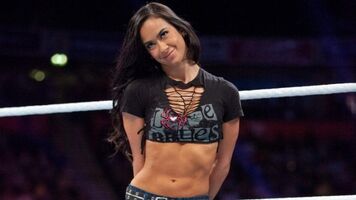 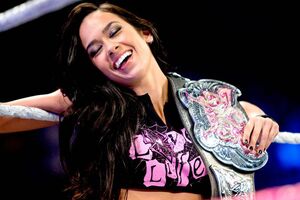 April Jeanette Mendez (born March 19, 1987) is an American author and former professional wrestler. She is best known for her time in WWE under the ring name AJ Lee.

Born and raised in New Jersey, Mendez began her professional wrestling career on the state's independent circuit in 2007. She signed with WWE in 2009 and spent two years in its developmental branch, Florida Championship Wrestling, before her promotion to the main roster. In 2012, she rose to prominence through storylines with her "mentally unstable" character, such as high-profile relationships and a three-month stint as the General Manager of Raw. In subsequent years, she won the Divas Championship a record-tying three times and held the title for an overall record of 406 days. She also won the Slammy Award for Diva of the Year in 2012 and 2014, and readers of Pro Wrestling Illustrated voted her Woman of the Year from 2012 to 2014. She retired from in-ring performing in 2015 and is married to CM Punk.

Mendez has since focused on writing. Her 2017 memoir, Crazy Is My Superpower, was a New York Times Best Seller.